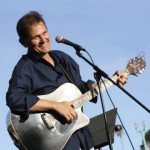 Although a major part of Harold Payne’s career has involved songwriting, he has maintained a performance schedule over several decades that averages 200 plus dates per year. Harold has played just about every imaginable venue… from amphitheaters, festivals & Houses of Blues to corporate events, Houses of worship & House concerts.

He has opened for the likes of Van Morrison, Kenny Loggins, & Hawaiian legend “Iz” (Israel Kamakawiwo`ole). After Harold launching the Power of Positive Music® series he began performing more at Unity churches, for motivational speakers like Mark Victor Hansen and Robert G. Allen and at positive music events like the ones hosted by EMPOWERMA.com. Harold’s mission is to inspire through his own brand of positive music. At every performance he presents at least one “ON THE SPOT, improv creation, which is truly his musical signature!

Check out Harold’s performance calendar weekly to see him perform in your area.

For orders and other information